That awesome little native web browser for Apple TV, Safari HD, is no more. It emerges from the crucible of Apple Legal as Couch Surfer—as we like to say, more original, more better. [Apple TV Hacks]

After about an hour of playtime with the final version of the squishable $180 Wi-Fi widget ball chumby, I want one on my desk. Is it essential gadgetry? No. It’s not meant to be. Until you’re addicted to it. galleryPost(‘chumbyh’, 6, ”);

If you’re not familiar with the basic premise, chumby is a Wi-Fi gadget with a touchscreen centered around widgets. Think little snippets of the internet that it automatically picks up after you’ve subscribed to them, kind of like mini-channels. Like Chuck Norris facts. Or the weather, or MySpace, which has a pretty rich widget actually—you can add or delete friends, check out pictures or whatever. You don’t pay a monthly subscription for access, BTW.

My favorite (weirdly) was a clock that uses numbers clipped from Flickr photos. (It’s even kind of pitched as a brilliant desktop clock, ironically.) Streaming video, like for the Letterman Top 10 is a little better than YouTube. You could stream a whole half hour program and get through it, but I don’t recommend it.

Best of all, it’s not a totally closed device—it’s Linux and Flashlight 3-based running an ARM processor, and totally hackable—they’ve even thrown up the schematics online. So it’s easily to program new widgets or really dig into it to do something entirely different. The catch is that for now, you’ve gotta use the Chumby Network, which, as Saul points out, isn’t quite as open, and some widgets have ads.

The interface was designed by Susan Kare, who did the icons and fonts for the first Mac. It’s a great actually—clean, bright and attractive—only hampered by the slightly fidgety nature of the touchscreen. It responds better to taps w/ the back of your finger, but some of the widgets do scrolling, which isn’t as smooth as it is on the iPhone. But stil, fairly good.

Other than the touchscreen, there’s a button on top which sort of does everything. It’s easy to feel through the fabric, though I kind of resent it being there at all. Not really used yet are the mic (it’s developer candy) and the accelerometer, though I played a game that makes use of it which could kill hours of productivity time.

The squishability is ace, and I think kind of key to its appeal. I’m not big on the current color selection—black white and tan, but I was promised more were coming. I suggested green and blue, at a minimum, but they wanted to avoid giving off a kiddy vibe at launch.

The big question: Who is this for? Well, us, you. It’s for people with a “rich internet life” who “already have all those other things” like an iPhone. It’s supposed to sit on our kitchen counter or on our desk, bringing in little digestible bits of stuff we’re already neck-deep in, the morsels we “really care about.”

I’m not sure if they’re going to get people to care about chumby though. If you already have one, I could see it quickly becoming embedded in your personal sphere, something you look at constantly and regularly—but I think it’s going to be a challenge to get people to add another internet gadget to an already crowded desktop.

The day you’ve been waiting so very, very, very long for has finally arrived: Optimus Maximus keyboards have begun shipping out to their new homes. In addition to the pricey, OLED-studded ‘boards, the Optimus Configurator software utility is also available, allowing you to customize your new purchase to your heart’s content. In other news, Art Lebedev says that he’s planning a new project which will make you salivate uncontrollably for five years straight, and end with you taking out a second mortgage on your home to purchase it. 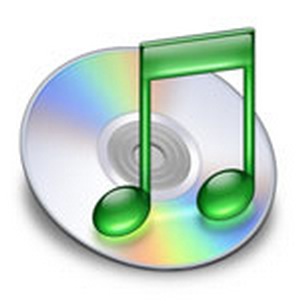