Indiana Jones – Just what I needed! 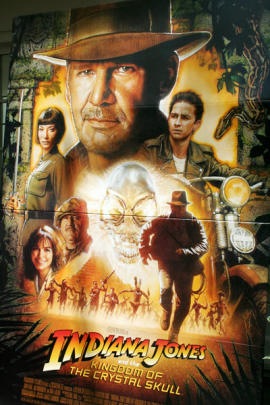 Like thousands of others, we flocked to the new Indiana Jones Movie, the Kingdom of the Crystal Skull. For me it was a great way to escape and live vicariously again through one of my favorite Movie characters!
There have been several “bad” reviews which made it even better when I saw it, since I was expecting the worse.
It is another Indiana Jones movie, no more, no less!!!

Here’s an interesting article from CNET about the movie:

Even having spent months slaving over some 450 computer-generated images for the just-released Indiana Jones and the Kingdom of the Crystal Skull, the admittedly jaded Hayden Landis still gets excited when he hears that theme song.

“The little kid in you comes out,” said Landis, computer graphics supervisor on the film, recalling the music in the opening of the movie trailer. “I grew up with Indiana Jones.”