FORTUNE: Apple 2.0 Why does Steve Jobs look so thin? 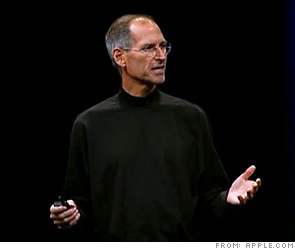 FORTUNE: Much of the speculation about Steve Jobs’ rail-thin appearance at the unveiling of the new iPhone on June 9 has tended to be all or nothing.

Either his cancer has returned or he is recovering from a bout with a “common bug,” as his spokeswoman told the Wall Street Journal on Tuesday. “That’s all there is to it,” she said. (The talk may have unnerved investors a bit: Apple (AAPL) shares fell 4.1% on Thursday and another 2.4% by midday Friday.)

But this is not the first time Jobs’ appearance has raised concerns about his health, and the “common bug” doesn’t explain the weight loss that’s evident in a review of his keynote videos over the past few years.

There’s another possibility, one that is consistent with both Jobs’ medical history and the changes in his appearance. It stems directly from the type of cancer for which he was treated four years ago and the nature of that treatment.”