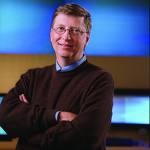 Bill Gates said a teary goodbye on Friday to Microsoft Corp, the software maker he built into the world’s most valuable technology company based on the ambitious goal of placing a computer on every desk and in every home.

He leaves his full-time executive role at Microsoft, which he co-founded with childhood friend Paul Allen in 1975, to focus on his philanthropic organization, the Bill & Melinda Gates Foundation, the world’s largest charity, funded in part by his vast fortune.

At an event at Microsoft’s headquarters campus here, Gates, who will become a non-executive chairman and work part-time, joined Chief Executive Steve Ballmer on stage to deliver a short speech and field questions from employees.

“There won’t be a day in my life that I’m not thinking about Microsoft and the great things that it’s doing and wanting to help,” said Gates, who wiped away tears as the group of employees rose to give him a standing ovation.

Ballmer, a Harvard University classmate who joined Microsoft at Gates’ behest, got choked up as he tried to describe Gates’ impact on the company and society at large.

Batman fans anxious to get a glimpse of the late Heath Ledger’s portrayal of the Joker are snatching up tickets online more than three weeks before The Dark Knight’s July 17 premiere.
Dozens of midnight screenings of director Christopher Nolan’s second installment in the bat-franchise have sold out, causing theaters across the country to tack on 3 a.m. showings to meet fan demand, according to online ticket retailer Fandango.
“We are currently seeing a surge in advance ticket sales,” said Ted Hong, vice president of marketing for Fandango, which first began selling tickets for Dark Knight last Friday. “It makes sense that there’s a rush for tickets — it looks action-packed and film fans are anxious to see Heath Ledger.”
When Fandango polled members back in March to determine which summer blockbusters its customers were most interested in, Indiana Jones and the Kingdom of the Crystal Skull took first place, with Dark Knight coming in second. However, the scramble for advance Dark Knight tickets is currently outpacing Indy 4’s presale numbers.
Exhibitor Relations box office analyst Jeff Bock said he thinks the presale surge was to be expected.
“This movie comes in riding a wave of hype [Batman Begins] didn’t,” said Bock. He also attributes the rush to fans anxious to see Ledger portray Batman’s warped nemesis in what could be the actor’s last on-screen performance. Ledger died in January of an overdose of prescription drugs at age 28.
Joel Cohen, executive vice president at ticketing hub MovieTickets.com, said Dark Knight is doing remarkably well, even though advance sales for Nolan’s previous bat-flick, Batman Begins, were practically nonexistent in 2005.

Blizzard Announces Diablo 3
I am not a HUGE computer game fan BUT Diablo is one of my favorites!!!!

After a week long tease by Blizzard, Diablo 3 has just been announced in Paris. The splash screen has been updated at their homepage and The Escapist has the first write-up.” While there aren’t many details available yet, it is known that Deckard Cain returns to help our heroes yet again.
Check it out HERE! 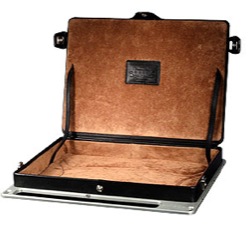 Orbino thinks the MacBook Air is a classy notebook. Classy notebooks need classy cases. That’s why they’ve created the Aria case for the MacBook Air. Available for pre-order with a $529 price tag, this case sports a hand folded leather exterior, as well as a durable aluminum frame. It comes with a padded shoulder strap and a removable accessory pack, and is available in four separate colors. It will begin shipping in July.

Orbino is no stranger when it comes to cases. With hand crafted, fine leather cases for iPods, laptops, and Palms, it seems like Orbino takes great pride in their work.

They also have an Arista MacBook Air case that is more like a bag, featuring a nice, long strap. It, too, comes in various colors and offers full protection, but this one only costs $349. These both seem a bit expensive for me, but if I spent $1799+ on a laptop, I sure would want it protected.

The growth rate from 2007 to 2008 tells a different story. Apple is second overall in growth behind Asus, which grew 67 percent. Lenovo is the only other company that was close coming in with 58 percent growth.

Most of the other companies saw growth between 20 and 40 percent, except Sony, which posted a meager three percent growth for the same period.

Of particular note in the report is the growing market for the mini-notebook with displays from 4.5-inches to 10.2-inches. This segment saw year-over-year growth of 3056 percent and quarter-over-quarter growth of 70 percent.

In all 31.1 million notebooks were shipped in the first quarter of 2008. DisplaySearch is forecasting shipments of 135 million units for the year.