Cancel a New iPhone Contract and save $$$$

Don’t Buy an Unlocked iPhone From AT&T, Just Cancel a New Contract [Unlock Your Own Iphone] 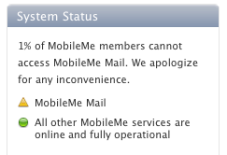 Since AT&T’s unlocked iPhone 3Gs will cost you $599 (8GB) or $699 (16GB), you are better off signing a contract and canceling it than buying an unlocked iPhone. In fact, it’s even cheaper to buy a 16GB iPhone using this method than to buy and unlock an 8GB version. But math isn’t our strong suit so go ahead and double-check our calculations. We won’t be offended:

Are we missing something?

One response to “Cancel a New iPhone Contract and save $$$$”