This morning I came across some VERY cool FREE fonts (from Fonthead), I had the choice to download TrueType or PostScript.

Now being a self proclaimed “geek” I was shocked that I really didn’t know the difference.

So I did what every geek does – I Googled (so you don’t have to) and found a great article on fontsite explaining the Differences.

Read all about it HERE

Play anything
Press:
Select – Play – Select – 3 – 0 – Select
You will hear three dings and now your ready to rock!

Press the button arrow, half moon (see pic) and you can skip in 30 sec. increments.

If you have any other TiVo tips or tricks, please pass them along!

Must Have Menu Bar Applications!

The menu bar, if you didn’t know, is that long strip across the top of your window. It contains space for adding your own little applications to do various tasks for you. This include a variety of things, from the mundane such as telling you how many unread emails you have, to the complex such as cleaning out your computer. Each application posted here is designed to run from the menu bar and not as an application. Programs which run in the dock, but have a menu bar icon do not count. They have to run 100% from the menu bar.

(See them ALL HERE)

Find The Diagonal Key On Your Keyboard

I was hunting around the various menu’s of Terminal a bit earlier today. I was a bit bored and I had a look it see what they could offer. Anyway I came across the following shortcut in the View menu and I was a bit perplexed at what key it could be. I tried both up and right at the same time, but nothing did seem to work.

In the words of Homer Simpson:

“To start, press the diagonal key.” Where’s the “Diagonal” key?! I see “Kuh-tor-ull”, “Esc”, and “Pig-Up”, but I don’t see the “Diagonal” key! Woah, all this computer hacking is making me thirsty, I think I’ll order a tab… (Presses tab key) Ooh, too late for that now, the computer’s starting!

Anyway there is a solution to find any keyshort cut on your computer. It is to use the keyboard viewer. To access the keyboard viewer open System Preferences > International > Input Menu. At the top of the list select Keyboard Viewer a new icon should appear in your menu bar on the right hand side. Click on this and selection Show Keyboard Viewer.

The keyboard viewer will show you every single key and key modifier you have available to you. At this point to find the key you want you have to go through the modifiers. Alt, Command, Control and Function. Every time you press theses and a combination of these a different symbol will appear on your viewer. After a little bit of trial and error you can find the key you want.

To answer the original question in the title. The diagonal key is both the function and the left or right arrow. The up and down arrows are used to move up or down a whole page.

A simple little step using the keyboard viewer would have saved me about 10 minutes of frustration and Google searching.

Find The Diagonal Key On Your Keyboard

(Via Mac Tricks And Tips)

Close All Websites in Firefox, Great for work!

Close All Websites in Firefox Before Boss Approaches the Cubicle

Panic is like the perfect boss key for Firefox. It will not just prevent you from getting into an embarrassing situation but boss may even leave your office cubicle totally impressed.

You press a keyboard shortcut and all website tabs open inside Firefox will close automatically.

To give boss an impression that you weren’t wasting time, you can configure Panic to replace all open tabs with a single work-related website like your company’s intranet homepage or any other web page.

Get Panic [Firefox add-on] – Please note that Panic will close all open websites not just hide them from view by minimizing Firefox.

The “Option” key in QuickTime!

The “Option” key in QuickTime!

(Via A New Mac Tip Every Day)

To refresh a widget individually, click on the desired widget and hit “apple-R”.

(Via Leopard Tricks Tips and Tools)

Disk mode on the iPhone/iPod Touch!

Disk mode on the iPhone/iPod Touch!
A great Tip! 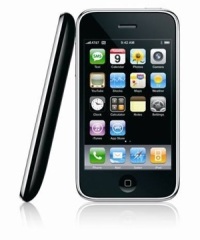 I know the iPhone and the iPod Touch don’t have a lot of storage, but it would still be very useful to use them in disk mode. I found out about this great utility called “DiskAid” that makes it possible to use the iPhone/iPod Touch in disk mode. What is even better about this application is that it runs on your Mac and you don’t need a jailbroken iPhone/iPod Touch. It is basically compatible with a standard 1.1.1 to 1.1.4 firmware iPhone/iPod. More info and download link here on MacUpdate.

(Via A New Mac Tip Every Day)

Welcome to another Mac 101 here at TUAW. Mac 101 is our recurring feature in which we point out some tips and tricks for folks new to the Mac. Remember, if you’re a Mac expert this post isn’t for you.

Have you ever tried to unmount a disc in Mac OS X, but it simply wouldn’t come out of your Mac’s drive? Here are three ways to removing discs from your Mac’s drive. If your Mac is currently using the disc you won’t be able to eject it, so make sure that isn’t the case first. If the disc isn’t in use and you still can’t eject it, give these a try.

Step 1: Drag the disc to the trash can
Find the disc on the desktop and drag its icon to the Mac OS X trash can. As you start dragging it towards the trash, the icon will change to an eject button, release the mouse button when the disc’s icon is directly over the eject button.

Step 2: Try some command line good-ness
If you have tried to eject the disc by dragging its icon over the trash bin, then why not try a simple Terminal command to eject the disc. Open Terminal.app (found in /Applications/Utilities/Terminal.app; or use Command + Shift + U to in any Finder window to move to the Utilities folder).

Once you have Terminal opened, type (or copy/paste) the following command: drutil eject

Please note that if you have a disc that is actually stuck in the drive this will not help. Stuck discs may need the assistance of an Apple Genius or certified Apple repair professional.

If you’re using MacBook keyboard, you will see a Fn key. When this key is pressed, F1-F7 keys will become standard function keys.

Fortunately, you can change this behavior so that without pressing down Fn key, F1-F7 keys are already functioning as standard function keys.

The good thing here is, you can easily perform keystrokes that include these keys, such as Control F1.

Here are the steps to change these function keys’ behavior:

The bad thing is, usually these keys come with Brightness and Volume Adjustment, i.e. after the changes you will need to press Fn to adjust brightness and volume.