Macworld has an interesting article about the lack of “Craziness” for the new G1.

“On the East Coast, five people stood in line in drizzle and 40-degree temperatures to buy G1 phones at the Harvard Square T-Mobile location in Cambridge, Massachusetts. At 8 a.m. the store door opened, and they were quickly ushered inside to be served.

On its launch day, it was hard for the G1—an HTC phone offered by T-Mobile that is the first to run the Android operating system—to avoid comparisons to the iPhone.

The small crowd was nothing compared with sales of the iPhone 3G in July in nearby downtown Boston, where hundreds of customers waited in line, some of them for several days.” 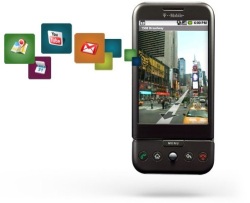 Announced today – Another iPhone killer? Here is all the info from Engadget:

“Set to launch on October 22nd for $179 on T-Mobile in the US on a two-year stint. The G1 features WiFi and 3G radios, a 3-megapixel camera, and support for the Android Market and Amazon’s mobile MP3 store, giving owners apps and tunes on the go. Existing T-Mobile subscribers get first dibs, with orders being accepted starting today.

(Get all the info Here from Engadget )

Dying to get a sneak peek at the BlackBerry Thunder’s on-screen keyboard? Had enough with the iPhone madness? Check out these shots that surfaced yesterday evening. While we can’t tell how well the unit works from the pictures, you can certainly get a feel for how it’s going to look. We’ve heard that there are newer OS versions floating around, so let’s just hope RIM plans to skin those keyboards faster than an Alabamian on a puma — they’re hideous.

(Via The Boy Genius Report)

Just when we were finished telling you that the BlackBerry Thunder’s haptic touch screen keyboard was the greatest thing evar, it turns out that things may be a bit of a mess over in RIM development land. According to one of Boy Genius’ sources, the BlackBerry Thunder is lagging far behind on development time and is “in no way shape of form market-ready.” And that awesome keyboard? Not so awesome. Reports are that it’s annoying to type on and the screen ripples when the touchscreen is pressed. Meanwhile, UI response times are pretty bad, buttons don’t click right, and RIM’s new touch-and-drag method of selecting items isn’t up to snuff. In short, says BGR’s source, “Most of the people who have handled it thinks it’s a joke.” We haven’t seen the thing ourselves lately, but if this report is true, it looks like you’ll be waiting a while before you get your hands on a Thunder.

Word has it that the Samsung Omnia will be arriving on the AT&T network sometime in Q3 this year. This nifty little touch screen handset will feature :-

There is no word on pricing, but AT&T will probably charge a premium for this rather high-end handset. Any takers? 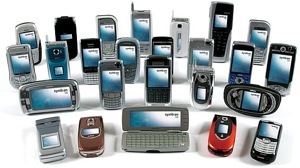 This is interesting – Nokia this morning announced plans to buy mobile phone operating systems maker, Symbian. This is significant because it underlines how software is the new battle ground for the smartphone market, with devices and functionality taking second place to ease-of-use and integration.

Nokia paid out over $250 million in Symbian license fees last year, so it makes sense for the company to purchase the firm. Well, that, an imminent competition from Google’s now-delayed Android platform, and the permanent looming threat of Apple with the iPhone. Apple, in particular, lends its proven skills in software design to the mobile phone market.

Mobile phone makers have been slammed in the past for creating user interfaces which don’t sufficiently engage users and lack the level of intuition most of us demand from devices we use every day. Apple’s iPhone raised the bar on this, so Nokia’s investment may also be predicated on that company’s need to bring in leading-edge software development skills. Symbian and its developers hold extensive expertise in the mobile phone software development space.

It’s a joint effort. Also announced this morning was the launch of the Symbian Foundation, which features Nokia, Sony Ericsson, Motorola, NTT DoCoMo, AT&T, LG Electronics, Samsung Electronics, STMicroelectronics, Texas Instruments and Vodafone Group. All members will be able to use the Symbian OS under a royalty-free license.

"Ten years ago, Symbian was established by far sighted players to offer an advanced open operating system and software skills to the whole mobile industry," said Nigel Clifford, CEO of Symbian. "Our vision is to become the most widely used software platform on the planet and indeed today Symbian OS leads its market by any measure. Today’s announcement is a bold new step to achieve that vision by embracing a complete and proven platform, offered in an open way, designed to stimulate innovation which is at the heart of everything we do."

"Establishing the Foundation is one of the biggest contributions to an open community ever made," said Olli-Pekka Kallasvuo, CEO of Nokia. "Nokia is a strong supporter of open platforms and technologies as they give the freedom to build, maintain and evolve applications and services across device segments and offer by far the largest ecosystem, enabling rapid innovation. Today’s announcement is a major milestone in our devices software strategy."

Nokia expects the acquisition to be completed during the fourth quarter of 2008.

A press conference will be webcast live from London today at 11am, and will be available for replay from here.

The Wall Street Journal is reporting that Google’s mobile phone platform, Android, is experiencing delays that may move the launch of Android-based phones into early 2009.

In a Monday article about the delays, the WSJ noted that at the launch of Android last November it was expected that the new breed of smartphones would appear in the second quarter of 2008. Due to developmental difficulties, the first carrier to have an Android-based phone — T-Mobile — may not see one until the fourth quarter. Google is focused on the T-Mobile launch, which is causing further delays for other partners such as Sprint Nextel and China Mobile.

What does this mean for Apple? A lot of good things. By the fourth quarter of 2008 or early 2009, the iPhone 3G, App Store, and development for iPhone will be well established, with tens of millions of the inexpensive handsets sold. It also points out the intelligence of Apple in owning all pieces of the puzzle — hardware, software, development, and software distribution — instead of relying on various open source development teams and numerous hardware partners.

Apple’s won this battle, and things are looking good for winning the handset war.

Word on the street has it that Motorola is going for broke with their newest flagship cell phone, and this could very well be their “last stand” too. It seems that internally, most folks hope that this will be the handset that gets Motorola out of the doldrums, or the handset business will just fold if it is a failure. So far the specifcations of this are rumored to include :-

It looks set for an October release, but that could change anytime though. I guess nobody ever thought that Motorola’s cell phone business could close down, but stranger things have happened in the past I suppose. 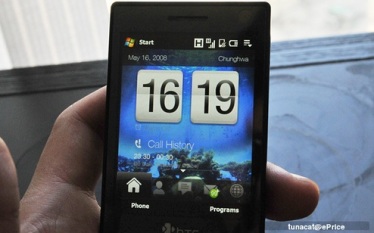 European users who want to get their HTC Touch Diamond slightly earlier than the June release date can hop online and buy them for a slightly exhorbitant price right now. DechoWireless, PopularElect and Welectronics have them in stock anywhere between $780 to $850 (you’ll probably want to go with the $780 one) ready to ship to you. We think they ship to the US as well, so if you don’t want to wait the extra few months for HTC to officially declare support here, this is your (kinda expensive) ticket.

aGEEKspot
Create a free website or blog at WordPress.com.