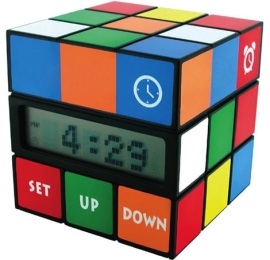 Given up on trying to solve the original Rubik’s cube? Try this one instead. It only takes a simple twist to jump between the built-in features.

The display on the 3-inch cube will show you the current time, date and room temperature, and there’s an alarm function as well to go with that.

Without budging from his “neutral” rating on Apple, JP Morgan analyst Mark Moskowitz issued a cautiously optimistic report on the company Thursday based on stronger-than-expected MacBook sales in the quarter that ended in March.

Moskowitz is looking for Apple (AAPL) to report that it shipped 2.11 million Macs in the company’s second quarter (up from his earlier estimate of 1.97 million).

Computer sales usually fall after the Christmas quarter; instead, he expects Mac sales to rise a hair — .2 percent — quarter-to-quarter, which is why he is raising his estimates. Apple’s increased sales come against a backdrop of unit sales falling 9 percent sequentially in the broader PC market, according to Moskowitz.

But the analyst sees “soft patches” in the rest of Apple’s businesses. In particular, he has trimmed his quarterly iPhone and iPod sales estimates, respectively, to 1.5 million and 9.68 million (down from 1.62 million and 10.1 million). “Seasonality is having an impact,” he writes. “Also, there could be some slowing in the iPhone ahead of the 3G launch.”

The bigger story, he says, is the timing of the 3G iPhone launch: “As long as there is nothing to suggest that a summer launch of the 3G phone is not a possibility, we would expect investors to look past any near-term disappointment in iPhones.”

Apple will report its quarterly earnings on April 23. 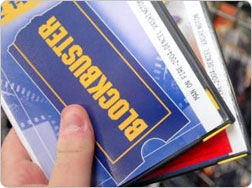 Blockbuster today is subject to rumors which claim the movie rental house is developing its own networked media hub. Similar to stand-alone devices such as the Apple TV or the Vudu, the unnamed project would let users watch Internet-streamed movies on TV and would take advantage of Blockbuster’s union with Movielink to supply the content, with Movielink to supply the content, with an unnamed electronics maker assembling the hardware itself. The device could be announced as early this month, though it may not be available until at least May. 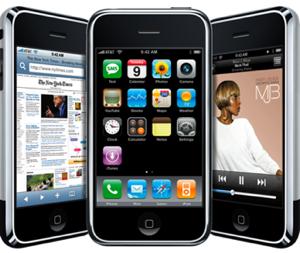 Text strings in the latest beta of Apple’s iPhone 2.0 firmware point both to multiple new features as well as extra steps to prevent unlocking, according to explorations by a Greek iPhone unlocking site. In addition to references to 3G chipsets, the code also adds A2DP and “HeadphoneBT” entries that suggest support for stereo Bluetooth audion addition to the “HeadsetBT” mention for existing mono Bluetooth headset support. Bluetooth remote control is also an apparent option.

(Via MacNN | The Macintosh News Network.)

A few rumors for WWDC have cropped up this week, with nothing but faith to back em up. Most of the facts are obvious progressions and externalizations of the fanboy-tasies, or things known before, but here are some particulars I thought worth passing on:
• TG Daily reports that the 3G iPhone will be in 8, 16 and 32GB flavors from $399-$599 in cost, with a 2.5mm slimmer profile, a tuned accelerometer, but a similar UI.
• Apple Insider claims that the standard Macbook is losing the plastic shell and going all aluminum, like the current Macbook Pros. I’d dropped Kasper a line and although his story is vague, he linked his sources with other previous claims that came true, so I’ll buy it. 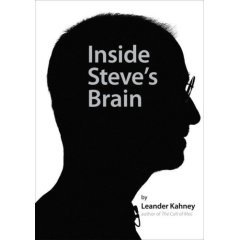 The first review of Inside Steve’s Brain — a new book about Steve Jobs — has been published by Macworld.com. Even better, reviewer Dan Pourhadi likes it.

In his new book, Inside Steve’s Brain (Portfolio, 2008), however, Leander Kahney attempts to go beyond the obvious by offering a detailed, concept-oriented, blow-by-blow look at Apple CEO and what makes him tick—his history, his ideas, his ideals, his reasoning, his behavior, his relationships, even his footwear choices.

Kahney’s the right person for the job, too: He has an extensive history covering Apple and Steve Jobs since the early 1990’s, has written two previous books on the company, and has been running Wired’s Cult of Mac blog for ages.

Macworld is a tough audience, – glad they liked it. The book is out next week.

Engadget has posted screenshots of the latest iPhone 2.0 Beta version released on Tuesday.

The screenshots show that the iPhone 2.0 update will allow users to search contacts.

The iPhone 2.0 software update will be arriving in late June. 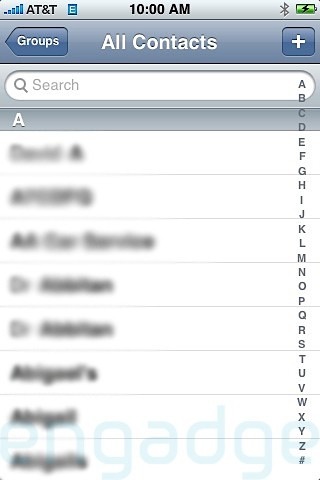